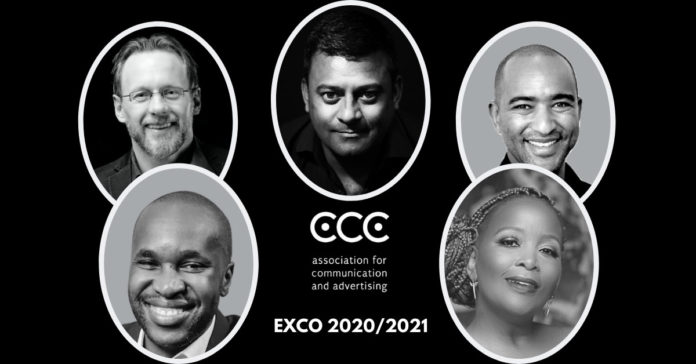 The new Board of Directors of the Association for Communication and Advertising (ACA) for the 2020/2021 fiscal were elected at the 73rd Annual General Meeting held on Wednesday 24th June 2020. The AGM was held virtually and in line with social distancing measures. The incoming Board is as follows:

Wayne Naidoo was re-elected to the position of Chair, with Gareth Leck and Thabang Skwambane re-elected as Vice-Chairs. The Exco is composed of the Chair and Vice-Chairs, Karabo Songo and Mathe Okaba.

The ACA Exco plays a key role in working closely with the Board of Directors and CEO of the Association in collectively directing the association’s affairs, whilst attending to the interests of its stakeholders, members and the broader industry at large. The Exco’s tenure runs in tandem with that of the Board of Directors.

At the meeting, Chair of the ACA Board, Wayne Naidoo delivered the Chair’s Report for the preceding fiscal. Referencing the current crisis the world and South Africa finds itself in, Naidoo began his report with a quote from Rahm Emanuel (Ex Chief of Staff to President Barack Obama) who said, “never let a serious crisis go to waste. And what I mean by that, it’s an opportunity to do things you think you could not do before.”

According to Naidoo, the industry has been in a crisis since before the existence of the Covid-19 Pandemic and that there has been relatively little evidence to show that as an industry we have truly progressed, notwithstanding measures taken to address sensitive issues over the years. This has resulted in frustration for all involved given the time and commitment invested to ensure the wellbeing of the ACA and its members.

The ACA’s mandate is to protect and serve its members and to promote the value that the industry has to offer. While delivery by the various ACA portfolios was seen as successful, the report stated that progress in general has failed to keep up with the everchanging environment. Naidoo noted that the industry has been ineffective in acting decisively with a view to ensuring relevancy and dynamism in a rapidly evolving climate. According to him, the answer and catalyst to this change has been obvious for a very long time – Transformation. Transformation not simply legislative in terms of B-BBEE, but rather in all its guises. According to Naidoo, transformation brings opportunity, and opportunity delivers even more transformation, to the power of infinity.

“As an Association, we’ve been strategically addressing key challenges over the years and have had a few delightful wins as a result, but again it’s just not sufficient if we need to be relevant and leadership-valued beyond 2020. We need hard action now. We need to walk the talk with more determination and visibly demonstrate that action speaks louder than words,” said Naidoo.

To the extent that the Pandemic has brought untold devastation to our dynamic industry, it also provides an opportunity to adapt what the industry can offer for the future. The report states that the situation provides for the perfect excuse to simultaneously address the longstanding and pressing issue of Transformation, across agencies, supplier chains, clients and broader economic structures.

The ball has already been set in motion in addressing the issues with the active pace that is required, with the ACA reigniting the transformation mission with much enthusiasm. Naidoo went on to explain that a number of initiatives have been developed to support the actions required, and that these would start rolling out over the coming months.

All of this would not have been possible however without the support of the Board and several other valued industry and media partners according to Naidoo. He thanked the outgoing Exco (Gareth Leck, Thabang Skwambane, Boniswa Peziza and Mike Gendel) for their amazing support over the past year, as well as the staff at the ACA and CEO, Mathe Okaba, for her incredible partnership, passion and drive throughout.

In concluding his Chair’s Report, Naidoo added that, “more now than ever, we have the opportunity to stand up and speak truth to power”. He noted that it is no longer acceptable to have poor leaders, unfair practices and onerous pitch demands. It is time to uphold and honour the MAC SA Charter, empower and support the youth and establish a broader and more diverse ACA membership base of new and upcoming agencies, imploring the industry to more actively participate in ACA activities.

In closing, he stated that the time had come to truly listen to the critical change that is being asked for. “When we embrace these opportunities, we get to really transform – and in doing so, we have the opportunity to make everyone else rise alongside us. Let’s not allow this crisis to go to waste,” concluded Naidoo. 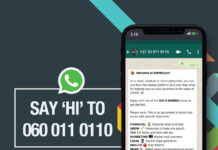 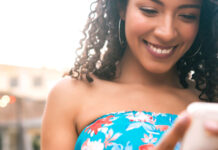