After months of searching and auditions, South Africa’s first ‘My Kid Rocks’ competition has revealed top young talent in the country

“Starting a band is intimidating, especially for a teen just discovering his or her passion for music. Considering the platforms I have, I feel responsible for opening industry channels and leveraging established networks to cultivate new music. A lack of industry knowledge shouldn’t stop the incredible pool of talented young musicians we have in South Africa from starting sooner. I wish I had,” adds Bester.

The competition attracted over a thousand video entries from every corner of South Africa, and after 10 weeks of searching for talent, three band members were selected by an independent Jacaranda FM panel. The band members are Ruan Nel, 13 from Midrand who won the guitar round. Angelo Roman, 13 from Pretoria was selected as the bass guitar player, and Dominic McNabb, 13 from Pretoria was the number one choice for the drummer.

In the final round that took place this week, three vocal finalists performed live on air to battle it out for the bands’ top spot. 30 000 Jacaranda FM listeners read the vocal round article and 10 286 listeners had their say regarding the vocal round. Lisa Taylor, 15 from Krugersdorp was chosen as the lead vocalist of the ‘My Kid Rocks’ band by Martin Bester and an independent panel of judges.

Nick Jordaan from Rubber Duc said “I think ‘My Kid Rocks’ is such an incredible initiative and such a good way to find local talent at such a young age. I remember when I was young and in bands, we didn’t have a platform like that, and I’m so excited to hear what Jacaranda FM puts together.”

Now that this unique band has been formed, Bester and several other top musicians will coach the little rockers, assist with band management and gig opportunities. The young musicians will get their first taste of band life when they perform alongside Martin Bester on 15 December at Mall of Africa.

“This band is not only ridiculously talented, but we’ve created a world-class youth band to represent South African music. I’m planning on taking them on the road with me in 2021, and have a couple of other surprises up my sleeve – but for now, we’re working on creating an impressive performance next month at Mall of Africa,” comments Bester.

Lisa attends Helpmekaar Kollege and is a typical 15-year-old girl who loves hockey. She attributes her raspy voice to the nodules she had in her throat as a child, before which she never considered music or singing.

When asked what winning the vocal leg of the competition meant to her, she said “Being part of a band is a dream come true for me, but being in a band where we are all similar in age means we don’t have the pressure of impressing adult band members. Martin has already taught us how to think under pressure, and just knowing he is with us every step of the way is beyond anything I ever dreamed of”.

Dominic is no stranger to the limelight, with over 4000 Instagram followers and sponsorship by Yamaha, this quiet and polite 13-year-old from Pretoria dominates the drums in a way that makes him hard not to watch.

Dominic is homeschooled and loves that he gets to spend more time with his family than other kids his age. He loves learning about computers and was two years old when he first started banging on pots and pans; a love for percussion he picked up from his dad who played at church. Once his dad recognised his talent, he gave Dominic drumming videos to watch – and the rest is history.

Dominic’s musical influences are Eric Moore and Early B. He hopes to tour the world and share his music in the ‘My Kid Rocks’ band.

Ruan is a 13-year-old, home-schooled teen who started playing guitar when he was seven years old. He loves anime’ and is constantly asked about his accent – which he picked up from spending two weeks in Los Angeles once.

“Being in a band with people your age means we can talk about Netflix, share pop culture, and relate to each other. Being in this band is a dream come true and I’m looking forward to learning from Martin and guitarist Werner Bosman,” said Ruan Nel.

Angelo is a 13-year-old teen from Pretoria. He goes to Hoërskool Waterkloof and plays bass, synth bass, guitar, drums, and sings.

Angelo brings a professional standard to the young band as he has played with the likes of Bobby van Jaarsveld and Joseph Clark in the ‘Queen Experience’ last year.

Angelo is inspired by musicians like; Bobby Lewis, MonoNeon, Thundercat, and Freddie Mercury. He aspires to be a great YouTuber like Joovier or influence people like Janek Qwizdala influenced him. 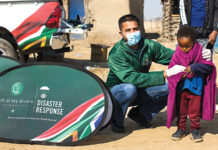 Kolisis call for fresh thinking after “a time of mayhem” 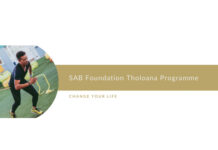 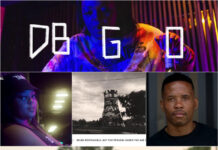