Based in Johannesburg and reporting into Louise La Grange, SVP Branded Services Commercial, Pierre will take up his new position from 1 September 2019 and will be responsible for delivering branded services revenue and profit across Sub-Saharan Africa in line with targets and growth ambitions and through expert client management and new business development.

Pierre has extensive experience in the television industry and joins BBC Studios from  Kwesé. As Managing Director for Kwesé General Entertainment, he was responsible for the launch of its pay-tv service and most recently served as Head of Kwesé Sports Digital Content and Acting CEO for Kwesé Sports. Prior to this Pierre spent two years as Head of TV and Media for Sub-Saharan Africa for Ericsson South Africa where he led the development of an innovative end to end video service.

During eight years at M-Net, Pierre was responsible for launching 19 channels into the market and oversaw the launch of new seasons of popular series Idols, Survivor and Carte Blanche, in addition to the launch of Masterchef South Africa which was nominated for an International Emmy. Pierre started his career with Johannesburg based production company Rapid Blue, before joining MultiChoice in the SuperSport division.

Louise La Grange, SVP Branded Services Commerical at BBC Studios said, “The appointment of a Commercial Director for Sub-Saharan Africa signals our on-going commitment to the market and a continued local presence on the ground. Pierre has a proven track record in the African television industry and I am confident that his experience and local knowledge will put BBC Studios in the best position to achieve our ambitions for growth. ”

Commenting on his new role, Pierre added, “I am delighted to join BBC Studios as Commercial Director for Branded Services across Sub-Saharan Africa. The quality of the BBC channels and its content is first class, and it is an honour to join the BBC Studios team. Africa is filled with amazing people that enjoy great stories and love quality content. The potential is ever increasing in Africa as more stories are being told and consumed and I look forward to adding value to the BBC Studios team.” 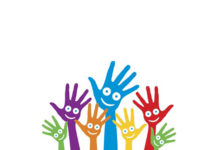 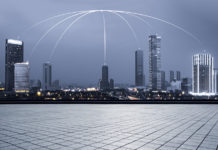 SDI FORCE launched to assist our most vulnerable

ADreach launches SUPPORT 10 000+ to assist our most vulnerable

The Nedbank IMC Conference 2020 has been postponed

CX from a millennial perspective

SDI FORCE launched to assist our most vulnerable

ADreach launches SUPPORT 10 000+ to assist our most vulnerable