Harold Burson, founder of Burson-Marsteller [the company which became BCW (Burson Cohn & Wolfe) following its 2018 merger with Cohn & Wolfe] passed away in Memphis, Tennessee on January 10, 2020. He was 98.

Burson played a leading role in transforming the practice of public relations from a cottage industry to a global business that engaged thousands of employees. In 1999, a survey by PRWeek, a leading public relations industry trade publication, named Burson as “the century’s most influential PR figure.”

Commenting on his passing, Donna Imperato, Global CEO of Burson Cohn & Wolfe said: “Harold was so much more than the heart and soul of Burson-Marsteller, although he surely was that. He stood for decades at the top of an entire profession and inspired everyone in our industry – and those we counsel – to want to be like Harold. His values and contributions will always be at the heart of BCW, which would not exist today without the firm he founded and grew.”

Robyn de Villiers, Chair and CEO of Burson Cohn & Wolfe Africa said: “When Arcay Communications Africa became part of Burson-Marsteller, Harold Burson made a welcome video to mark the occasion, expressing his excitement about this big step in the globalisation of Burson-Marsteller’s geographic footprint, not only moving onto its 6th continent, but doing so through the leading network that truly spanned Africa, and his support did not stop there. We celebrate the life of Harold Burson. His contribution to the PR industry and to the lives of all who met him, will live on. His support of me and the BCW Africa network, will be missed but never forgotten.”

A special memorial website, www.CelebratingHaroldBurson.com, has been set up to honour Harold’s life of achievement. 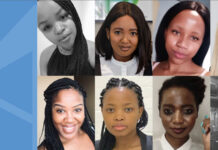