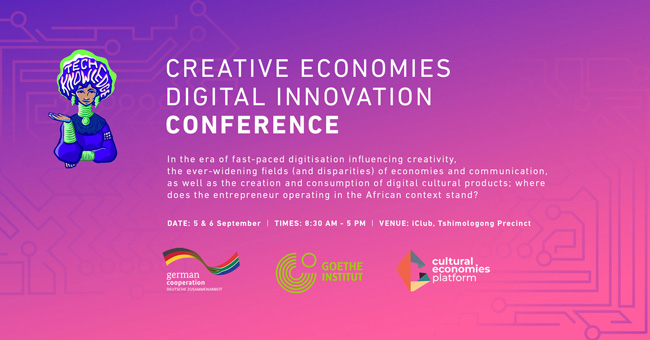 The Fak’ugesi African Digital Innovation Festival will explore and celebrate technology and creativity by Africans for Africa. This year, the Festival has cast its central theme as ‘Own Your Force’ which invites digital makers in Africa to stake their claim on their talent, industry and creative economy.

In the spirit of this year’s Festival theme, the Cultural Economies Conference will bring together a spectrum of contributors within the cultural and creative industries (CCI). From practitioners to policy makers, the programme will critically engage with the ecosystems and economies of local and continental CCI contexts.

The Cultural Economies Conference will feature future-focused and solutions-driven sessions that unpack the possibilities that tech and innovation offer the creative sector, with interrogation of topics such as the changing nature of storytelling and blockchain as highly anticipated highlights. “Stakeholders from across the CCIs are invited to take part in this exciting opportunity for engagement; in the hopes that they will be able to gain insight into the thinking of the CCI around their practice, realities and visions, particularly from an African and future-focused perspective,” explains Cultural Economies Conference project Manager Bandile Gumbi.

Fak’ugesi African Digital Innovation Festival director Dr Tegan Bristow adds, “We are looking forward to welcoming some of the continent‘s leading digital thinkers and practitioners to share with us at this year’s event.” Just two of Africa’s leading lights joining the Cultural Economies Conference in 2019 are C.J. Obasi and Babusi Nyoni. Hailing from Nigeria, Obasi is film director, screenwriter and editor. He is best known for his debut feature, a zero budget film titled Ojuju, which premiered at the Africa International Film Festival (AFRIFF) in November 2014, and won the award for Best Nigerian Film and earned Obasi the Trailblazer of the Year award in March 2015, at the Africa Magic Viewers’ Choice Awards. Zimbabwean-born Babusi Nyoni is design strategist and innovator currently living in Amsterdam. In 2016 he created what Forbes magazine described as “the world’s first AI football commentator” for the UEFA Champions League final on behalf of Heineken. More recently, Nyoni created an app for the early diagnosis of Parkinson’s disease using computer vision. The findings we presented of which were presented at Oxford University on the Skoll World Forum stage in April this year.

As a conference through line, Colliding Ecosystems explores the spaces of increasing overlap between the creative and digital industries; in particular taking into account the different contexts and ecosystems in which entrepreneurs need to be able to operate effectively. Economies Of Trust considers what these ecosystems are and need to be, in order to support ‘makers’, who often find themselves needing to both produce within, as well as be, the ecosystems for their work. The conference will also interrogate socially orientated vs traditionally capitalist approaches in the context of (intellectual) property ownership and the crossover between the fourth industrial revolution and the cultural and creative industries. In a session looking at Ecosystems of Tech-Knowledge-y, a panel of practitioners will offer their scene-setting perspectives on the intersections between the CCI and digital ecosystems. A look at the legal, policy and communications Frameworks in which these sectors are required to operate hopes to clarify perspectives on pertinent issues.

In addition, deeper consideration of the Changing Currencies operating in these new economic contexts requires looking at social (as) currency in the 4IR, and the investment required to operate in these changing marketplaces. These ideas are mined in a conversation around ‘Communications as the currency of the digital economy’. A session on ‘Storytelling as Africa’s value proposition’ will unpack suggestions for dismantling power structures and hierarchies of visual storytelling across genres and media. Additional engagement will be driven by tech-facilitated creative solutions and mechanisms for digital innovation for the creative sector; including how tech solutions are changing the game, using blockchain, smart contracts and digital copyright solutions.

Lesley Williams, CEO of Tshimologong Digital Innovation Precinct, which will host the Fak’ugesi Festival for a sixth year says the precinct is a natural meeting point for the digital arts community in Africa and across the globe. “This is where African digital artists interact with counterparts from around the world, collaborate around best practice and create something truly memorable,” she says.

The 2019 Cultural Economies Conference is supported by, and presented on behalf of the German Federal Ministry for Economic Cooperation and Development (BMZ), the GIZ (Deutsche Gesellschaft für Internationale Zusammenarbeit (GmbH)) and the Goethe-Institut to promote the emerging market of cultural and creative industries in Africa and in the Middle East.

Fak’ugesi – Joburg’s one and only African Digital Innovation Festival will take place from 30 August to 8 September 2019, with the theme ‘Own Your Force’. The 2019 festival will focus on bringing to the table important African futures, by tapping into the sources of cross sector collaboration and culture alongside technology, creativity and innovation in new environments of trust, ownership and cultural equity in the fourth industrial revolution.  Attend to explore how local culture can move and change the future of technology.

Fak’ugesi, which means “Switch it on” or “add power” in urban Zulu, is focused on culture, technology and innovation in Africa. It is an opportunity for young adults, with or without formal education, to learn or engage with tomorrow’s technology.

According to an Impact Report commissioned by the British Council ConnectZA- Fak’ugesi is believed to be the most important digital creativity festival in Africa. 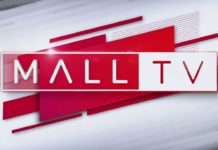 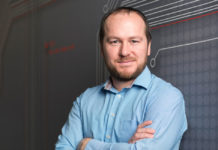 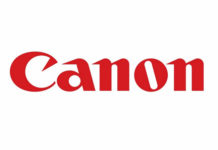 The Evolution of the IT Department