Set against the backdrop of a commitment to return to the essence of the platform and responsibly address concerns around content and privacy, founder and CEO Mark Zuckerberg reaffirmed Facebook’s mission to connect people and create greater value in users’ lives.

“In this regard, the way Facebook facilitates more meaningful connections across its family of apps is set to radically shift,” explains Gil Sperling, co-founder and CTO of local Facebook Marketing Partner, Popimedia, who attended the conference.

“This year’s F8 conference revealed new and emerging tools that fit into the platform’s future plans. These tools aim to promote emotive engagement, predominantly through video, and deliver rich content that will revolutionise interactions between users and their friends and family, as well as with brands and businesses that leverage the platform.”

The majority of announcements at F8 centred on developments in visual communications, signalling a tectonic shift in social media content. “Some tools build-out existing capabilities to deliver multi-user video capabilities, such as group calling in WhatsApp or group video chat in Messenger, while a number of new dedicated products that were unveiled will help to connect people in more meaningful ways,” continues Sperling.

Watch Party is one such tool, as it enables multiple users to watch the same live content and comment in real time. “Sharing ‘Stories’ in Facebook and Instagram, which also accommodates multi-media content, is another significant announcement that will drive richer, more meaningful engagement across the platform,” he adds.

However, the biggest news of the conference was that Facebook is betting big on mixed reality. “This will be the computing and online social engagement platform of the future,” believes Sperling. “Augmented reality (AR) and virtual reality (VR) were the big themes at F8, which has everyone, from users to agencies and advertisers, taking notice. Major announcements in this regard were made across Facebook’s family of apps, with significant developments coming from Oculus, Facebook’s VR play.”

Facebook’s mobile-led approach will make phone cameras the mainstream platform that enables AR, with tools already available like Frame Studio, which allows users to design frames to augment pictures. Taking these AR capabilities a step further is AR Studio, which enables developers and 3D artists to create AR experiences for the Facebook camera.

“Demos at F8 revealed how 3D-modelled products could be augmented into the virtual world via the platform, either via a user’s mobile device or a VR headset. This offers various applications in life and in business. For example, it would enable a consumer to plan how a new appliance would fit into their kitchen before purchasing, or allow them to try on new outfits in a virtual fitting room. This functionality can also layer additional product information, which will revolutionise e-commerce,” elaborates Sperling.

It is also important to consider the possibilities when combining the VR capabilities with Facebook Spaces, which was introduced about a year ago. Facebook Spaces is a virtual chatroom where users can view Facebook content with friends in a virtual environment, including 360 videos and photos. By introducing VR, immersive experiences can be shared between people in disparate locations to enrich their engagements.

“Facebook is effectively defying distance by removing the barriers that limit the interactions that can be shared between friends and family based in different geographical locations. This will also have profound implications for the way we interact with brands and can greatly assist in how online conversions are made,” continues Sperling.

By coupling hardware like mobile devices or the Oculus Go VR headset – which is now available at a low price point ($199, or approximately R2,500) with a practical design and is easy to use – and software platforms such as Facebook Spaces, Oculus Rooms (an engagement platform for gaming and 3D movies) and Oculus Venues (live social events), Facebook is taking a giant leap forward in VR technology.

“This will accelerate adoption among mainstream consumers and will have immediate applications in e-commerce, tourism and virtual eventing. And the opportunities for bold brands to innovate in this space will be significant. Crafting retail experiences in the virtual world, for example, will be a powerful sales tool as it effectively fills in the experiential gap that exists in the current e-commerce value chain,” explains Sperling.

These developments are also set to revolutionise how marketers connect with consumers, as AR and VR creates opportunities to weave brands and products into the fabric of the modern consumer’s evolving social online lives.

“This will require that marketers create rich content and find novel ways to engage, but Facebook’s platform is making this easier for everyone. Having taken this first-mover advantage into the virtual world, there can be little doubt that Facebook will continue to be the dominant influencer of how people and brands connect in the social online world,” concludes Sperling 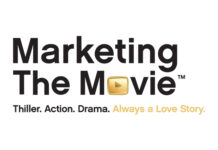 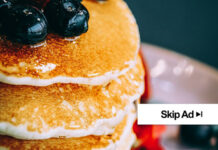 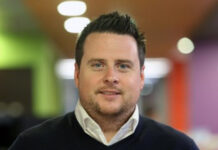