Ten iconic displays will pay tribute to classic cars and happenings in the world of South African motorsport as well as to legendary Sarel van der Merwe at the WesBank SA Motoring Experience at Kyalami from September 1-3. The display area, sponsored by Puma Energy, will be located on the viewing deck of the main pit building and is sure to be a real crowd-puller.

“We know our choices for the Elite Classics and Motorsport Legends display are likely to be contentious, and will cause plenty of discussion among motorsport fans, but we believe they will provide an excellent mirror of our motorsport history,” commented Constantin von Vieregge, CEO of show organisers SA Shows Messe Frankfurt.

Three of the displays feature cars that are being hailed as “motorsport game changers” –  the Group 1 BMW 745i, Ford Sierra XR8 and the Alfa Romeo GTV 3-litre. All these cars were unique, “homologation specials” built by local motor companies as potential race winners when their normal production cars would not be up to it.

Another car built only in South Africa, the Ford Capri Perana V8, is being feted to mark 50 years since the birth of the special Perana performance Fords built by dealer Basil Green, of Edenvale.

Another Ford on display is a recreation of the Zakspeed Escort that won the Wynns 1000 endurance race at Kyalami 40 years ago. This stand is also a tribute to the great era of endurance racing at Kyalami.

This year marks the 50th anniversary of the Mazda Wankel rotary engine. Rotary-powered cars were commonplace at SA racing circuits for many years, competing successfully in both Group 1 and modified categories. The most famous of these cars were campaigned by Ben Morgenrood, who is still racing today and one of the legends being honoured at the Motoring Experience.

Another stand will recognise the first SA Grand Prix to be held at Kyalami 50 years ago, in 1967. Kyalami hosted 20 rounds of the F1 World Championship between 1967 and 1993.

Gunston cigarettes, a long-time sponsor of motorsport in SA, appeared on a racing car for the first time 50 years ago and in 1968 the Gunston team’s cars driven by John Love and Sam Tingle were the first cars to carry sponsor liveries in an F1 world championship. The Gunston sponsorship will be displayed on a Chevron B19 sports racing car.

Another special exhibit will mark 70 years since the founding of Ferrari in 1947. Ferrari has a rich racing history in South Africa with numerous victories in both the SA Grand Prix and 9-hour endurance races at Kyalami.

Lastly, Sarel van de Merwe’s 50 years of active motorsport will be celebrated in a display that pays tribute to the career of a true South African motorsport icon, who also raced with distinction overseas.

The 2017 Wesbank SA Motoring Experience brings you the best motoring content in partnership with CAR Magazine, AutoTrader and KykNET. 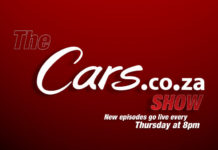 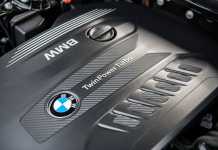 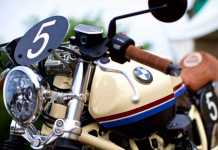