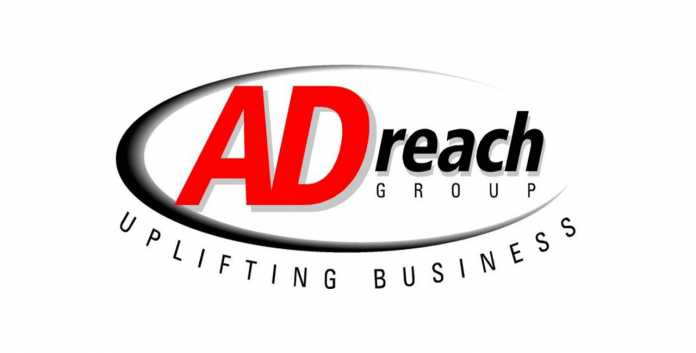 A story of commitment, collaboration and consideration

ADreach is a leading outdoor advertising company that has, from the outset 20 years ago, taken a shared value approach to business. In fact its very business model is based on delivering socio-economic development projects, realised through the Adopt-A-Project initiative that the company has implemented over the years. Each ‘adopted project’ – achieved through working closely and collaboratively with cities and municipalities – aims to create critical community upliftment programmes that better the lives of those living in these areas, as well as enhance economic development. Adopt a River is the latest such initiative to join the Adopt a Project group which includes Adopt-a-Light, Soweto Canoe and Recreation Club (SCARC), WastePreneurs, Ocean Heroes, Learn-to-Swim and Alex 1000.

Adopt-a-River, a project that is focused on the Dusi / Umgeni river catchment region in KwaZulu Natal, and is making a massive difference to surrounding communities and businesses. It’s a story of commitment, collaboration and consideration, and it all began when Brad Fisher, ADreach’s Managing Director and a Dusi Canoe Marathon regular, landed in hospital due to the extremely high E. coli count in the river. Brad was shocked by these conditions and wanted to learn more. An investigation into the river catchment was launched in collaboration with Save Our Rivers, who also managed on ADreach’s behalf, a pilot clean-up team at the Umgeni river mouth.

The impact of the ADreach river team was significant, as they were making a noticeable difference to the removal of solid waste washed downstream, preventing it – and a large plastic contingent –from entering the ocean. The three month pilot was extended for a further six months due to its success and to date the clean up team has collected over 11 000 bags of waste from the riverbanks and the immediate beach area, including one that once enjoyed Blue Flag Status.

Make no mistake, the river systems are under serious threat, and sewerage is the number one polluter of the Dusi\Umgeni River catchment, followed by solid waste and plastic. The aim from the outset was for ADreach to set the example and promote a model that encouraged other businesses to collaborate, get involved and make a sustainable difference. The overarching objective is to ensure the river and its tributaries are pollution free and safe, and that they serve the needs of local communities and businesses, as well as recreational activities like the Dusi Canoe Marathon, a major tourism highlight for the cities of Pietermaritzburg and Durban.

One corporate that heeded the call to get involved was Euro Steel. They joined as a co-sponsor in January 2020, and a second team was immediately set up to deal with a huge disposable nappy dumping epidemic higher up the river in the Mkhambathini area. This additional sponsorship also provided an opportunity to partner with DUCT (Dusi Umgeni Conservation Trust) and work together with officials from Msunduzi Municipality. Armed with new truck batteries and specialised nozzles required to unblock sewerage lines, the Msunduzi municipal team could get back out in full force and attend to the most problematic sewerage spills closest to the river. This collaborative effort, along with a good water release and no rain event in the days leading up to the Dusi, resulted in one of the best water quality races in years.

“It was amazing to see the difference to the state of the river for the race this year,” enthuses Brad. “But more than that this also contributes to enhancing a river system and environment that is so integral to the wellbeing of the surrounding communities.”

ADreach, through the Adopt a Project’s newest Adopt a River initiative, are further committing to their initial investment into the river’s health. They are delighted that Janet Simpkins, who has been part of the investigation and river teams to date, agreed to head up the continued efforts.

“I am so very grateful for what I learned during my time with Save Our Rivers,” explains Simpkins. “And I truly believe that this knowledge, combined with ADreach’s continued support, and a host of collaborative partners like the Ethekwini, Msunduzi and Mkhambathini municipalities, Durban Solid Waste, DUCT, Durban Green Corridor and many others will help us go from strength to strength. We are definitely stronger together.  We don’t want to restrict ourselves to this catchment though, the knowledge gained here will stand us in good stead when initiating and engaging with other river catchment operations across South Africa, as we aim to adopt and make our impact felt across various stretches of river” concludes Simpkins.

ADreach is throwing down the challenge to other organisations, urging them to get involved and assist them in their sponsorship endeavours. “We are calling on corporates from across South Africa to follow us in our efforts and adopt their own clean up teams for other stretches of river,” concludes Brad. “If corporate South Africa and municipalities do not urgently collaborate to save our rivers, water supplies in places like KwaZulu Natal are at risk. It is as big as that.”

[FUTURE PROJECT — Smart-Poles is an innovative project that replaces street pole advertising with cutting edge technology that can be used to promote empowering messaging and even fight crime.] 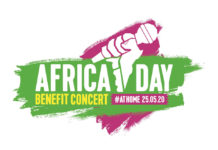 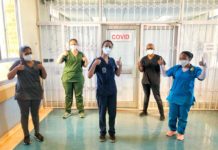 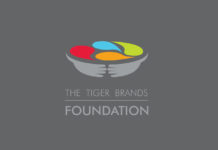 The Tiger Brand Foundation takes meals to its beneficiaries during lockdown

Flume grows operations into the UK

The ACA and MASA launch joint initiative to future proof the...