“It is with great sadness that after three years with the organisation, Kgaugelo Maphai, Managing Director and Board Member of The MediaShop Johannesburg, has resigned,” said Chris.

Kgaugelo will be exploring other business opportunities and pursuing his lifelong dream of setting up an NPO that will focus on purpose-led cohesion in the country and on the continent.

“Over the past three years that he was been with the organisation, Kgaugelo has contributed massively to our business success,” says Chris. “Under his management, The MediaShop has won several awards (including MOST Awards and the Financial Mail AdFocus Awards Network agency of the year twice), retained business and won various client pitches.

Kgaugelo also launched various initiatives within the company including cultural appreciation, staff immersions to various parts of the country, various media owner engagement sessions and he started two new divisions within the business namely the Integrated Marketing and Communications (IMC) division, as well as Tirisano, the Intelligence division.”

Kgaugelo adds: “I’m grateful for the opportunity given to me to lead an organisation with such an illustrious history and heritage. In this time the agency has enjoyed great success as a result of the special people we have working in the organisation. I would like to thank the board, EXCO, my management team, OPCO and staff for all the support over the last three years and wish everyone the very best going forward. I’d also like to thank our valued clients and media owner partners for continuing to partner with us and trust that the relationship with the agency will continue to grow for many years to come.”

Over the years, he has been involved in various industry initiatives having served as a board member of the AMF (Advertising Media Forum), on judging panels for AdFocus and the AMASA awards and more recently as a member of the advisory panel for the Radio Awards.

Kgaugelo has always been passionate about valuing diversity within the agency and created an inclusive working environment. The MediaShop continued to transform at all levels with a greater focus on management under his guidance. Within a short period of time the average age at the company decreased, while its race and gender representation increased.

Chris adds that Kgaugelo’s unique fingerprint will be on The MediaShop for a long time to come. “He is an amazing man, and we will miss his presence in the organisation. We wish him well on his journey ahead, and know that our business will continue to grow and advance.”

Kgaugelo will now start serving his notice and begin the process of handing over. His replacement will be announced in due course.

Old Mutual Launches #Sisonke, A Campaign That Could See You Win R25 000 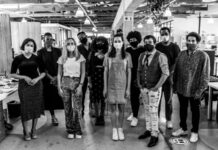