The new Massiv Metro radio station has been designed and developed for maximum appeal to both listeners and advertisers. It’s a unique approach to a digital radio station, conceptualised by DJ Sbu (Sibusiso Leope) and created in partnership with Massiv Media to reach the vast taxi commuter market.

Massiv Metro, which streams live in 800 taxis and eight taxi ranks and online on www.massivmetro.com, operates through an innovative device installed in taxis at no cost to the commuter target market while they queue in taxi ranks and travel in taxis. The hybrid model radio station, which bridges the gap between digital and traditional radio, reaches 672 000 taxi passengers per six-day week. The company intends rolling out to 2 000 taxis within the year, reaching about 1.6 million commuters.

Faith Mangope, Station Manager of Massiv Metro and former anchor on eTV’s Sunrise show, says the new radio station is attracting strong interest in the market. “A main USP for Massiv Metro is that we are targeting a particular market segment – the urban taxi commuter – on the back of parent company, Massiv Media’s wide knowledge and understanding of the taxi commuter market built up over 10 years of successfully operation.” Massiv Media installs and manages transit screens and interior and exterior branding in taxis, and large format 4G TV screens, super towers, and rank branding in taxi ranks.

“Excellent market intelligence has been accumulated from the commuter market, of which 90% is in the upper LSMs of 6-10. We call it the ‘purpose market’ because one thing they all have in common is purpose. They are going somewhere and they have an objective in mind. Now, through Massiv Metro, we enable them to listen to captivating radio content at no data cost, with free wi-fi at taxi ranks and in taxis.” Already existing radio research shows that up to 40% of radio listening is by commuters on cell phones.

Mangope says Massiv Metro is able to share their extensive intelligence with advertisers, guiding them in the structure and development of their campaigns, adding that Massiv Media’s range of media options to the market will also be available to advertisers if a fully integrated campaign is required.

Massiv Metro’s content is a major strength for the station; it was driving listenership even before the launch into taxis and the ranks. The host DJs and presenters are accomplished and popular with the audience, delivering ‘rocking, real, and relevant’ content that features a wide range of urban music, discussions on topical subjects that impact and interest commuters, competitions, news and sport. High profile presenters include DJ Sbu, Thembe Seete, well known musician and TV star Zola, together with other local celebrities. Mangope also adds, “We’ve signed a joint venture with Soccer Laduma that includes soccer news and updates through all the shows, with special chat shows featuring soccer star Mark Fish, SuperSport presenter Motshidisi Mohono, and celebrity guests covering both local and international soccer on Mondays, Wednesdays, and Fridays from 11-12.”

Another first for Massiv Metro is that it is incentivising taxi drivers, providing excellent entertainment for their passengers, as well as loyalty packages of airtime and data, vouchers and coupons for the drivers. To further persuade drivers to encourage their passengers to listen to Massiv Metro, when a taxi passenger wins a competition, the taxi driver will also get a prize.

“With Massiv Metro, we’ve put together a product that is delivering more than expected to our advertisers, sponsors, and partners; we have powerful mediums through which we are promoting the radio station; and with the total commitment and buy-in by the line-up of leading South African DJs, the listenership is guaranteed to grow,” says Mangope. The combination of digital radio, mobile app, free wifi at taxi ranks and in-taxi devices means that for the first time ever streaming radio reaches out to the mass market.

Massiv Metro is a new kind of radio. An urban radio station delivering authentic content and music to the commuter market in Johannesburg, the station’s audience consists of taxi drivers, commuters, students, workers and community leaders. From early morning to late at night, commuters at taxi ranks and en route to their destinations are entertained with a mix of music and content that pleases their soul, speaks to their lifestyle and culture, appreciates their home language and communicates with sophistication, relevance and ease.

Massiv Metro is a ‘positive vibes’ station, real and in touch with conversations that resonate with the people. Massiv Metro celebrates African tradition, heritage and cultural relevance. This is a South African station, conscious of its position in Africa and appreciative of what makes Africa special.

Presenting a proudly African line-up of influential DJs aged between 23 and 40 who are committed to celebrating people daily and delivering on the station’s promise of ‘feel-good’ content:

URBAN IS defined by Massiv Metro in an African context. The station is NuAfrican in its sound, expression, definition and character. Massiv Metro combines popular urban sounds of hip hop, house, kwaito and reggae with soul, uplifting, feel-good music in the afro soul and R&B/gospel genre, with traditional African music from the continent, including maskandi and mbaqanga.

Celebrity morning radio with DJ Sbu who lives to inspire and celebrate success, you never know who’s next on the DJ Sbu Breakfast.

Looking straight at the future with Sonia & Dali, music, opportunity, laughter and more.

You are in for a treat with the dynamic ThembiSeete, kicking off your afternoon drive with high voltage Girl Power.

The original Guluva, king of the streets, Zola is back with a bang, learn share, grow together… Hola 7.

Kick start your week with a Monday dose of Motivation brought to you by international speaker and author, Dr Tony Luck

THE SWITCH UP Tuesday-Thursday 8pm-10pm

Dance into the weekend with DJ Waxxy bringing you the latest in local and international hits. 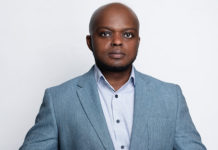 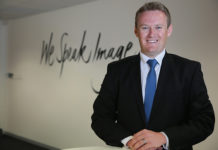 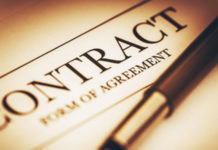 Handshakes and Promises – A happily ever after or a marriage made in hell.