The group, which owns and managers projects like Decorex SA and the Sports and Events Tourism Exchange, has moved to Thebe Place, Building 1, Culross on Main Office Park, 34 Culross Road, Bryanston, Johannesburg. 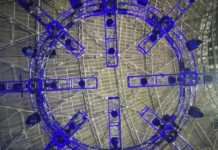 Flow Communications embraces innovation and change by moving to a permanent...

Handshakes and Promises – A happily ever after or a marriage...

The One Club rebrands Where Are All the Black People event,...