The pursuit of pristine picture perfect clarity is the cornerstone of television technology, and brands that manufacture these products aspire to produce the best quality possible. This race for excellence is competitive and exciting as brands battle it out to reach new technical heights. In a highly saturated and competitive market, being crowned as an industry standard is a sure-fire way to stand out from the crowd.

The industry gold standard in the measurement of TV technological excellence is the reference standard. This is one of the highest scores that a TV can get and means that the TV in question has been evaluated, by independent platforms, as delivering the very best picture quality possible. Thereafter, the TV is used as a reference for picture quality for reviews for all subsequent TV manufacturers.

Panasonic’s Japan premium TV quality is world-renowned, but it is a little-known fact that it is the one and only TV manufacturer to receive reference awards from leading European evaluators for three completely separate categories: OLED, LCD and Plasma. This means that Panasonic is the only TV benchmark brand to which other TVs are compared to.

This triple accolade can be attributed to the company’s long-standing championing of plasma technology. Over the decades Panasonic has earned numerous reference awards for delivering exceptional picture quality, culminating with the ZT and VT plasma series.

When the flagship DX series LCD LED TV was brought to market, the company officially achieved Triple Reference Status. This was awarded primarily because of its groundbreaking honeycomb-structure local dimming technology. This design proved that an LCD screen can create both bright highs and deep blacks to create an incredible HDR experience.

Panasonic attributes its Triple Reference status to their strong collaboration with the film community, which allows it to constantly deliver picture quality true to the original intentions of the filmmakers. The Panasonic Hollywood Laboratory was thus established in collaboration with Hollywood to continuously create unrivalled visual image processing technologies. Panasonic continues to break new grounds with image processing and visual technology, and will, without a doubt, continue to be the benchmark to which all competitors are measured. As will be the case when the new EX Series launches later this year!

Since the company was founded in 1918, it has followed a management philosophy of ‘A Better Life, A Better World’. It is committed to making a contribution to improving the lives of people around the world, and to the progress of society. To that end, its focus is on combining the strengths that it has developed in the consumer electronics business, with the strengths and in-depth experience of its business partners, to create “cross-value innovation”.

With its headquarters in Osaka, Japan, it has over 271 000 employees and net sales of 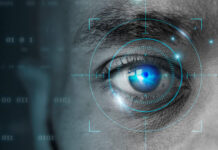 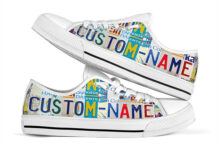 The Play Your Part Awards 2021 open entries for Innovator of...

Digital experiences what to expect in 2022

5 tips to selecting the right provider to power your email...