Ads24’s Mass Market brands, Soccer Laduma, Die Son, Daily Sun and Kick Off, have an excellent track record when it comes to successfully marketing to the kasi audience, effectively helping brands to reach this sought after market. Lisa Johnston spoke to entrepreneur, kasi expert and author of KasiNomics, GG Alcock, about why he thinks these platforms continue to retain their relevance.

Soccer Laduma, Die Son and Daily Sun have proved themselves time and again as being able to effectively communicate with, and hold the interest of, kasi consumers   ̶ a culturally rich, diverse, trend-savvy market that holds enormous spending power in South Africa.

Collectively, Daily Sun, Die Son and Soccer Laduma are seen by 8.9-million readers across print, digital and social-media platforms. With the recent addition of Kick Off magazine to its mass market stable, Ads24 is able to further extend its appeal to this brand-loyal community.

GG Alcock, author of KasiNomics and owner of Minanawe, a mass market events and activations agency, believes that these titles are successful because they are reflective of, and articulate, issues that are real and important in what, for many publications, is an invisible world (the kasi).

“Society is modernising not Westernising, and in this modernising we have a unique culture in the kasi,” says Alcock.  “There is confusion between culture and tradition in our society.  Culture is something that is alive and evolves with people, whereas tradition is to a large part about the past.

“Kasi people’s culture is very alive and very rich, but it is also unique. Successful media platforms are astute in reflecting modern culture and the elements of that culture which are important to people, be it our unique soccer (unique in its terminology, language and style), or in daily news such as stories in the Daily Sun which are uniquely relevant in language, writing style and content.

“The language of these publications is the language of the people, its familiar.  A recent headline in Daily Sun read ‘Magoshas in Goat War’ – people outside of the culture would not know what a magosha [prostitute] is … but to the kasi person, ‘I’ve got to read that story!’.”

Although there is still a core of the Mass Market readership who buy print editions of publications and share these with their family, neighbours and friends, a notable number of younger readers have begun to enjoy their media online.

Alcock says he has also noticed a shift that sees the mass market engaging in rigorous debate on social media around specific news stories.

“A story in Daily Sun will be debated at length on Whatsapp, or Facebook,” says Alcock. “The same debate which may have happened in a shebeen, or in the queue at the taxi rank, or at church has increasingly moved to social platforms.

“The debates are lively and energetic and often, for instance, could be ‘batho have you seen the story in DS about xyz?’  Next thing someone is buying a Daily Sun to find the story and now the debate moves back online.  Kasi people culturally are debaters, it is an oral society, this same oral culture and debate now moves across media types.”

Tips for advertisers and marketers to tap into the kasi

Alcock believes that for campaigns to be successful, they need to be topical and reflect the discussions and trends that are taking place in the kasi. A brand like KOO, for example, has mass market specific food offerings like samp and beans and chakalaka, but has also created a warm and homely advertising around Mama KOO, which is familiar and relevant.

It can be effective for brands to link their messaging to something that is relevant or trending at the time. A brand like Nandos, is successful in linking their advertising to political discourse, but says Alcock, very few advertisers are good at doing this as it relates to the kasi.

It’s also important that brands are seen as being genuine and empathetic and not as merely wanting to exploit people.  A national pizza company recently launched a rip off of a kasi burger (known as amakota) called the kotapizza. It caused a massive social media uproar because it was seen as trying to exploit kasi culture and style, with no real understanding of it.

On the flipside Alcock’s company Minanawe was able to use township kotas  successfully in a campaign for Parmalat cheese.

“We built a massive brand for Parmalat cheese slices linking them to township kotas and building a campaign through a combination of advertising in Daily Sun, face-to-face activity and radio. Part of the campaign success is Parmalat Phuma Phambili a programme which invests back into kasi businesses, which was then communicated via editorial and advertising,” says Alcock.

Ads24: your gateway to the Mass Market

To help advertisers optimise their campaigns to the mass market, Ads24 has developed three packages  ̶  Starter Pack, Booster and Premium  ̶  to highlight the multiplatform ability of Soccer Laduma, Daily Sun, Die Son and Kick Off to reach the highly sought after kasi market.

The packages offer a mix of digital, print, advertorials, social media, banner ads, sponsored sections strip ads and mobi, which we can tailor to innovative multi-platform solutions for our clients.

Ads24 reaches six in ten South Africans, including print and digital readers. Ads24 touches the lives of over a half of all South Africans adults. While it is important to identify the size and segment the audience, looking at how Ads24 engages with its readers, is equally as important.

Ads24 is part of the Media24 Group representing 97 newspaper titles. From Dailies to Sunday papers to locals, Ads24 reaches almost every target segment in South Africa, no small achievement in such a diverse country. The most exciting element is how these titles become part of the community that Ads24 serves.

A news reader is an engaged reader. Ads24 news brands play an important and unique role in the daily lives of their readers. Ads24 sees beyond the numbers, beyond the market segments, to connect with the people on a personal level. Ads24 has the stats, the numbers, but also the insights. 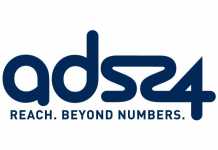 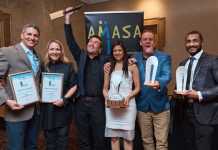 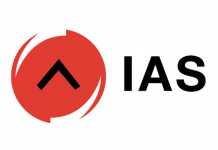