Graffiti gets Manchester United ready for kick off with

Manchester United Fans in Durban and Cape Town will have no trouble spotting the world’s most popular football team on their South African tour this week, as they are transported around the cities in their eye-catching, branded Irizar K380 luxury coach.Branded by vehicle branding and transit media specialist, Graffiti, the two 44-seater vehicles – one in Durban and one in Cape Town – have been branded with action shots of Manchester United strikers Wayne Rooney and Javier Hernandez alongside midfielder Ji Sung Park. The trio are featured in their DHL-branded tour football kit with images of various international city skylines dominating the background.Sir Alex Ferguson’s team includes the likes of Captain Rio Ferdinand, experienced midfielders Paul Scholes and Michael Carrick and striker Dimitar Berbatov, alongside youngsters Javier Hernandez and Frederico Macheda.As part of their South African visit, the Reds went head to head against Durban favourites AmaZulu in front of 51 000 people at the Moses Mabhida Stadium on Wednesday night where they walked away with a 1 – 0 win over the local team. The visiting team then moves on to Cape Town, where they will show their mettle in a battle against PSL giants Ajax Cape Town at the weekend.Commenting on the branded team coaches, Graffiti Managing Director John Rice says, “Graffiti is both thrilled and honoured to have been afforded the opportunity to brand the Manchester United team buses for their South African tour. We are proud to be associated with the world’s most famous football team and you can be sure that their branded vehicles will be generating a great deal of attention wherever they go.”For more information on vehicle branding and transit media contact: Darren Kirby – Graffiti Designs, Office: Tel +27 (21) 552 7255 or e-mail: darrenk@graffiti.co.za 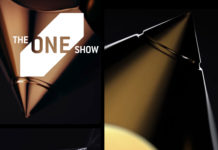 The One Show 2020 finalists announced