As consumer confidence is at its lowest level since the end of 2017, and house sales are tracking more than 6 per cent below what they were in 2015, South Africans are opting for home improvement tactics, rather than attempting to sell in an underperforming property market.

This explains why Massmart reported a 31.7 per cent decline in headline earnings at the start of the year, while maintaining strong market share across durable goods categories including; small and large domestic appliances, hi-tech and most DIY (do it yourself) and hardware categories.

Coupled with the emergence of influencers such as Suzelle DIY – with a combined social media audience of 500,000 people and millions of YouTube views – there is a renewed interest in a ‘fixer-upper’ home mentality.

Interestingly, ‘building’ retailers report that women are initiating 80 per cent of home improvement projects and likely to spend 50 per cent more – in these environments – than their male counterparts.

Based on these trends and insights, Ryobi – the ‘power tools that won’t quit’ brand – partnered with athlete, Kirsten Landman who epitomises the ‘won’t quit’ mentality.

Landman is the first African female to qualify for The Dakar Rally’s motorbike classification. She survived a life-threatening injury a few years ago where she was catapulted off her bike, ruptured her spleen, and eventually had to learn how to walk again.

Ryobi has been documenting Kirsten’s Road to Dakar – which is hosted in Saudi Arabia from 5 – 17 January 2020 – via a monthly Facebook documentary series. To date, There has been more than R1m worth of PR generated by Kirsten’s story, more than 8m South Africans reached, and most importantly, Ryobi has had 12 consecutive record months of sales.

This is Kirsten’s story in 60 seconds, shot on location where she trains in Kwa-Zulu Natal: 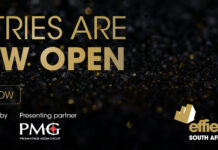 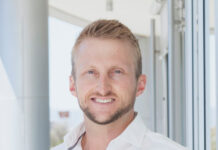