Once again Thoopid, an indie start up from Cape Town has some great news. Our first game, Snailboy: An epic Adventure, was released back in 2013, not only did it get 500k+ downloads and was featured by Apple as ‘best new app’ in various countries and genres, but it was also recognised as “Best Mobile Game” by DevGamm Kyiv Awards that same year.

After the success of the 2013 release, Thoopid sprung into action to provide yet another awesome, but even more epic installment of Snailboy. In his first Adventure, Snailboy stole the hearts of gamers all over the world.  Now he’s back, and oh boy is he ready to slime up your life once again. With many more features, challenges and 10x larger environments, Snailboy: Rise of Hermitron has stepped it up a notch.

This time the awesomeness is set in the depths of the ocean, where an evil hermit crab known as Hermitron is viciously taking over the underwater kingdom. Snailboy, the shell obsessed slugger, must help his new found sea friends reclaim their kingdom and to restore the Guardian Shell Statue to bring peace and harmony.

So shell-up slime lovers. This snail is ready to Sling, Stick, Swim and hop his way through the next magical instalment of Snailboy, Rise of Hermitron!

Devices: iPhone 5 and up, iPad 2 and up and iPad mini.

Why’d we call ourselves something as unconventional as Thoopid? Well, when you try to say our name you sound stupid, so we’re already one up on you. It’s all about gaming, right?
Thoopid was founded by avid gamers based in Cape Town South Africa. With award-winning experience in design, development, digital marketing and emerging media. We are a team of dreamers who are determined to spread our goodness around the globe.

Promotion Codes are available for reviewers upon request. 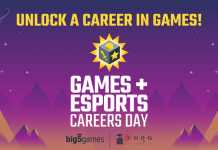 Four lucrative career options for anyone considering a job in gaming 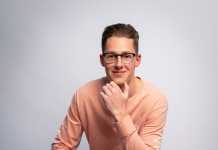