The folks at Nando’s are renowned for fearlessly venturing where few men dare to tread, but obdurately bringing a live high-stakes auction to a grinding halt to find out who ordere d a take-out “combo” elevates even their cockiness to an entirely new level.

And the entire episode was captured on video at the latest High Street Auction Co. (HSA) specialist property sale at the swanky Summer Place in Johannesburg’s swish suburb of Hyde Park!

An amused but slightly astonished HSA Lead Auctioneer Joff van Reenen says that after more than 20 years in the industry he assumed he’d be able to wing it through just about any scenario and still maintain momentum on the block during a sale.

“One couldn’t in a million years dream up an auction contingency plan for a man on such a resolute mission, though, and especially not involving fast food. Lesser men – faced with an audience of hundreds on the sale floor and an auctioneer in full cry – would have chickened out and flown the coop!” says a chuckling Van Reenen.

“But this man’s resolve was so left field that I faltered for a fleeting moment; the first time it’s happened to me in years!”

Van Reenen actually stopped the auction for South Africa’s most determined ambassador of Peri-Peri henhouse delicacies to ask High Street’s high-roller audience who had ordered the “Halaal combo with extra cheese” – after first enquiring whether the delivery was a Quarter Pounder.

Perhaps not surprisingly under the circumstances there wasn’t a peep from the famished spicy fowl fan, and the meal went unclaimed.

“The dismayed delivery man was no doubt given a sharp peck when he returned to Nando’s nest with the meal and no scratch to show for his trip, but he should feel cock-a-hoop regardless, because he has a great story to crow about!” says Van Reenen. 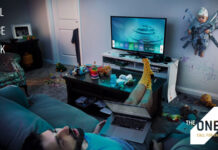 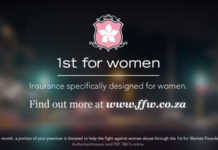 1st for Women launches new campaign – ‘We’ve Got You Covered’ 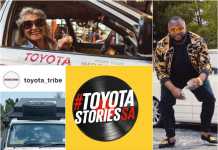